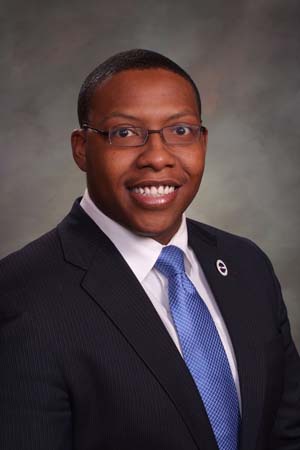 He served as the House Majority Deputy Whip and Chair of the Black Democratic Legislative Caucus of Colorado. Jovan is also Founder and Senior Consultant for Emerson Hamilton Consulting and Strategies, LLC based in Aurora.

Born in Denver, CO in 1979, Jovan grew up in a working class household in Northeast Denver, and later in Aurora. He personally experienced the disparities between social-economic classes. In witnessing the challenges his family faced to make a living, Jovan was taught the importance of equality and social justices early in life. He credits this as what led him into politics and his desire to help lower income and disenfranchised Coloradans. 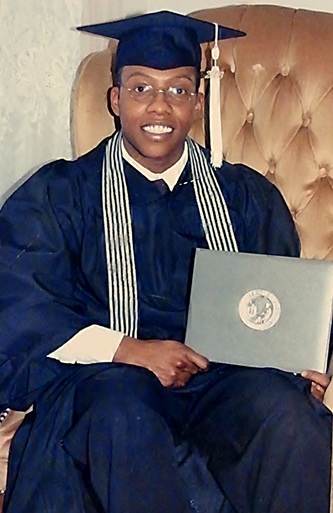 Jovan attended school in the Cherry Creek and Denver Public School Districts. He had a natural talent for Mathematics and passion for History and English. He gravitated towards student leadership, serving on student council at Thomas Jefferson High School as Junior Class Vice-President and later Senior Class President. He also volunteered for organizations like Habitat for Humanity, Brotha 2 Brotha – a positive image youth group, and in college he mentored high school and middle school students. Jovan also served on the Yearbook Staff and played Varsity Golf.

Jovan earned a Bachelor of Arts Degree from the University of Colorado at Boulder in Political Science. After college, Jovan became actively involved in government & politics. He worked as a Government Escalations Analyst for Comcast Communication while serving as a volunteer on the campaign committee for then State Representative-Candidate Beth McCann. 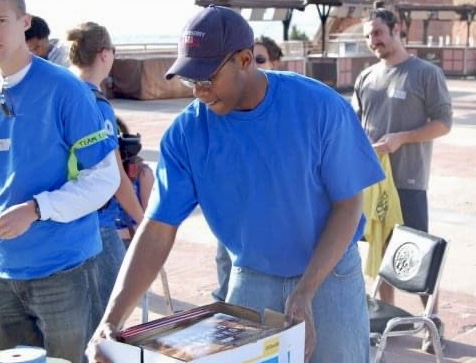 Jovan’s strong sense of community led him to work for Lt. Governor Barbara O’Brien on the Governor’s Commission for Community Service. In this role, Jovan helped shape and create policy promoting volunteerism throughout the state, and helping Colorado’s working families culminating with the founding of the Colorado State VISTA Program. As the co-founder and the program’s first supervisor, Jovan secured over $500,000 in federal funding to fight poverty across the state. 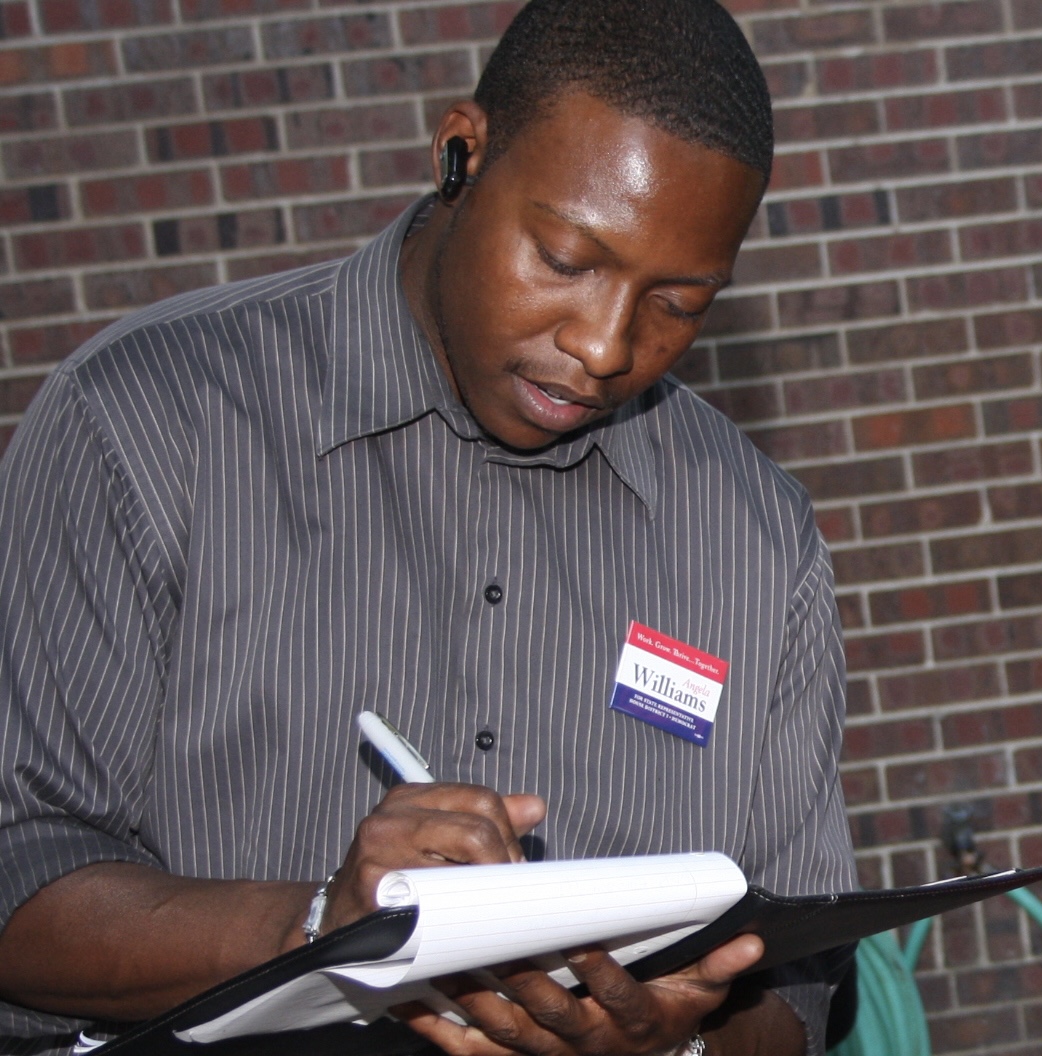 Following several years in the Lt. Governor’s Office, Jovan turned his attention to making a difference locally. He served as the campaign manager for Angela Williams in her successful 2010 Primary and General election for State Representative. Following her Primary win, he then became the Campaign Manager for Rhonda Fields’ successful 2010 General election campaign, making her the first African American elected to the State House from Arapahoe County Jovan continued to help these first time candidates transition into the 2011 session and watched Representatives Williams and Fields quickly establish themselves as strong leaders at the State House of Representatives. 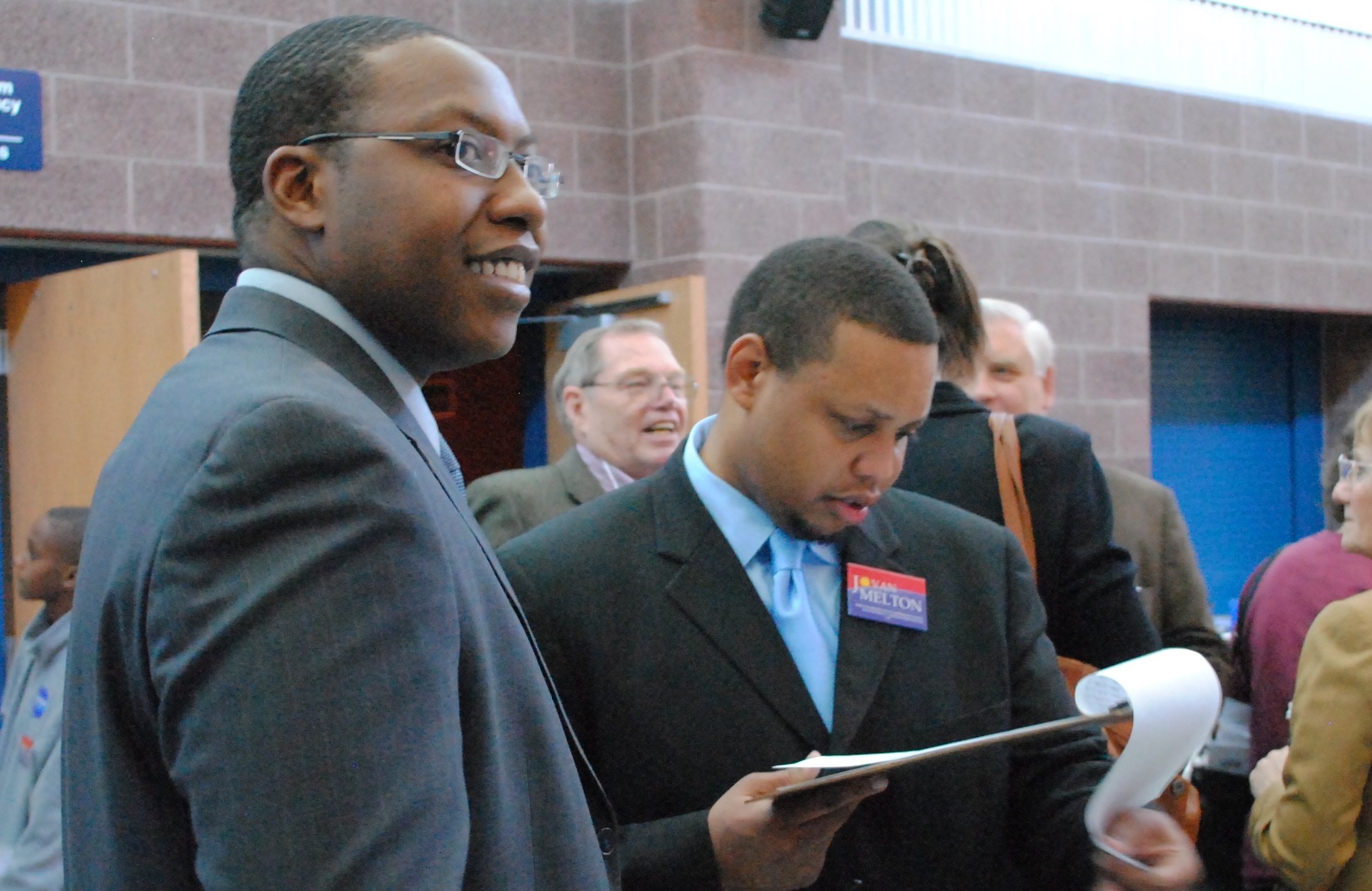 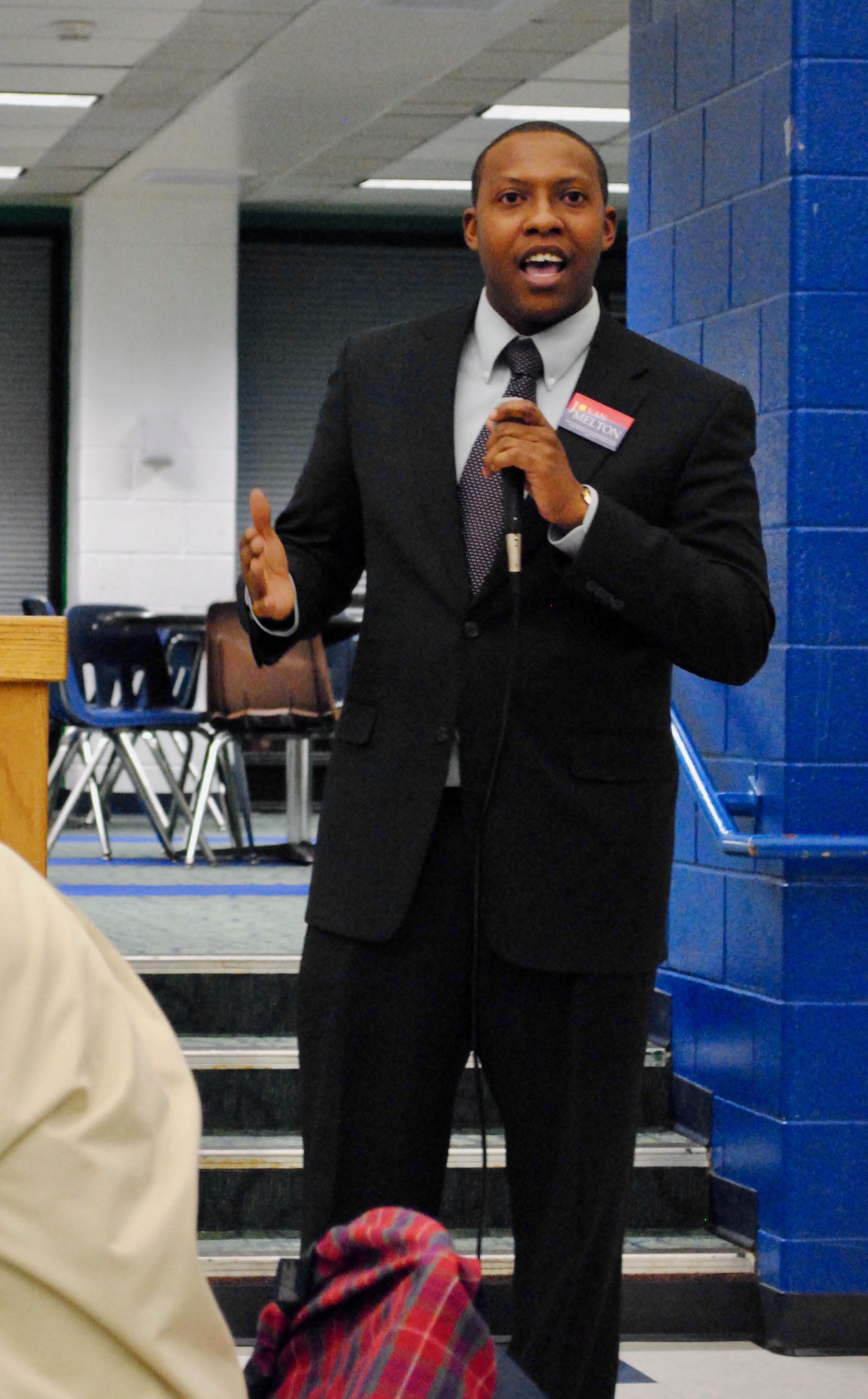 In 2012, Jovan ran for State Representative of House District 41. He was successfully elected to the Colorado House of Representatives on November 6, 2012, receiving over 58% of the vote, and was sworn into office on January 9, 2013.

He passed 12 bills into law including:

He also led the fight to ask Congress to raise the Federal Minimum Wage and to eliminate the death penalty in Colorado. 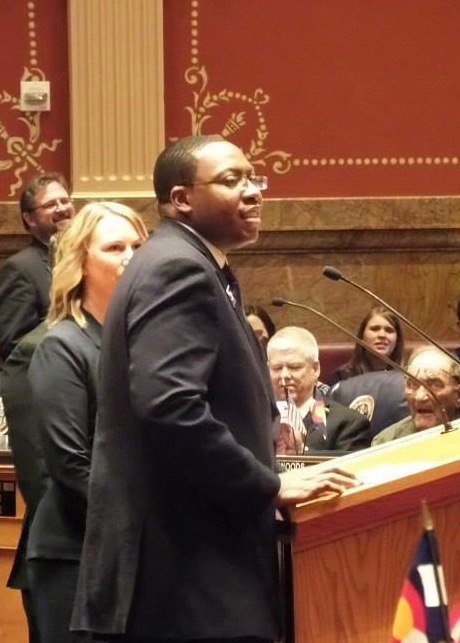 Jovan decided to run for a second term of office in 2014. After serving his first  term as the Vice Chair of the Black Democratic Legislative Caucus, Jovan was elected as the Chair in this second term.

In his second term, Jovan expanded his knowledge and experience by serving on the House Health and Human Services Committee, the House Judiciary Committee, and the House Transportation and Energy Committee.

The second term was even more productive than the first for Jovan, passing 18 bills into law including:

Jovan also led the fight to ban employers from asking about criminal history on applications, ban the use of offensive mascots at state funded schools, removal of the slavery exception from the state constitution, and protection of the rights of those experiencing homelessness. 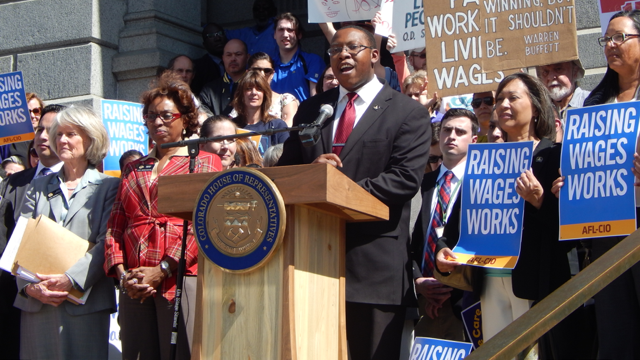 In 2016, Jovan was honored as the Arapahoe County Democratic Party's Democrat of the Year. He ran for a third term that year and won the General Election with over 60% of the vote. He was also elected to serve in leadership as the House Majority Deputy Whip. With these new leadership responsibilities, Jovan stepped down as the Chair of the Black Caucus, and returned to serving as the Vice-Chair. 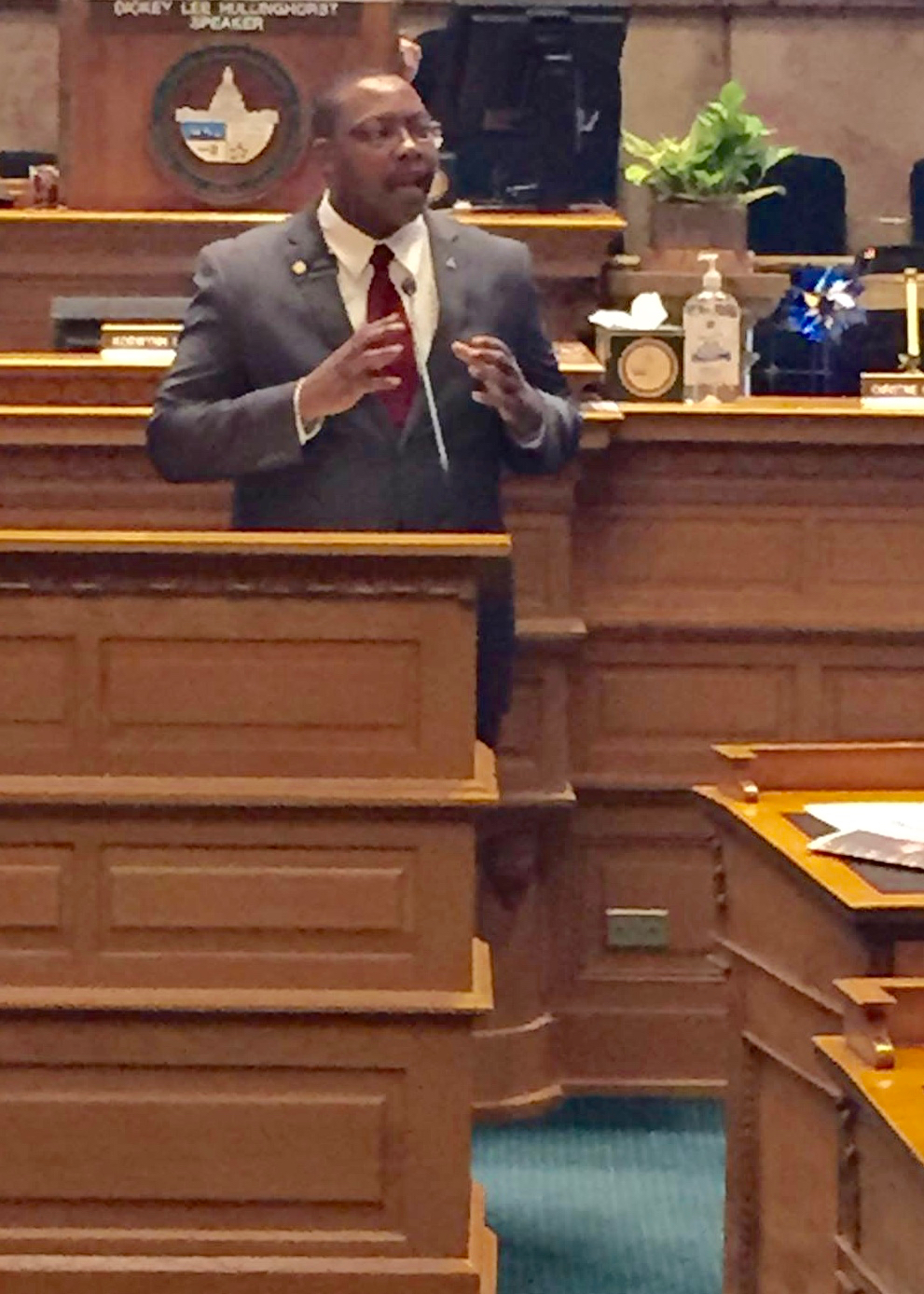 Jovan's third term was even more productive. He passed 15 bills in the 2017 General Session alone, plus another 9 in the 2018 General Session, and a Constitutional Amendment. These bills include:

Jovan also continued to lead the fight to ban the box, and create a homeless bill of rights.

Jovan was elected to his fourth term with over 64%, the highest percentage he had ever received in an election. This would be his final term in the House of Representatives due to term limits.

Jovan once again expanded his experience by serving on the House Local Government and Transportation Committee, and was the Chair the Pension Review Commission. 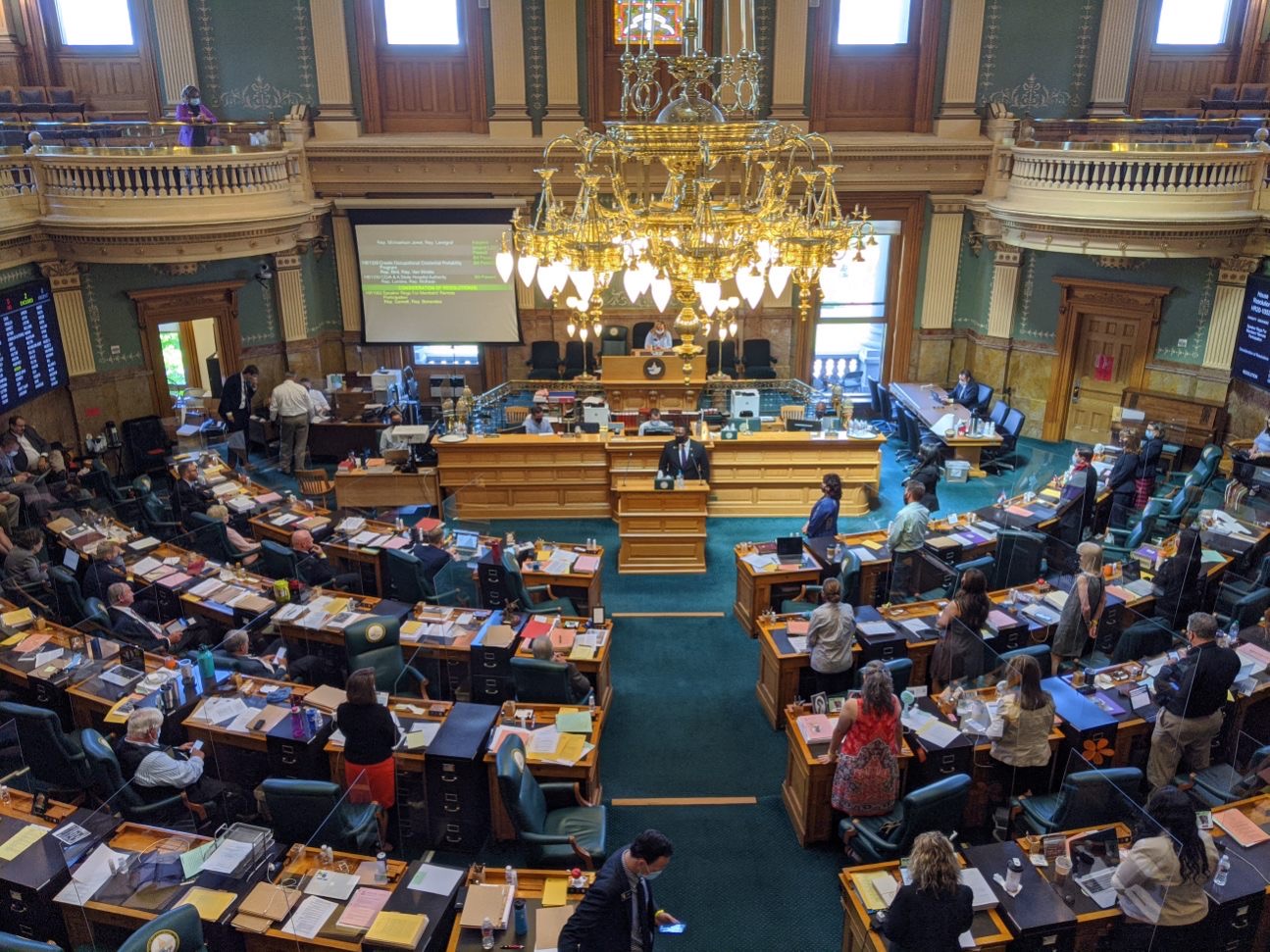 The first year of his term was very productive in the amount of bills passed, however due to the Covid-19 Pandemic, having been sick from Covid-19 himself, and the reduced timeline of that session, the house overall limited itself to only addressing recovery and response needs.

He did however pass the Ban the Box bill and was a contributor to landmark police reform bill of 2020, as well as the elimination of the death penalty in Colorado.

Jovan served on board of directors for Big Brothers Big Sisters of Colorado. He is also a member of Omega Psi Phi Fraternity, Inc, and Chaired the Denver Chapters Voter Registration and Civic Engagement Committee. Since leaving office, he has continued to consult for political organizations and leaders.